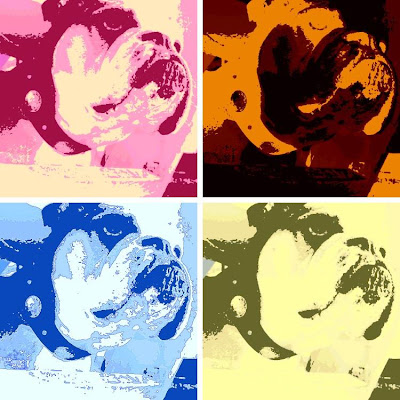 It's all about Attitude.
You either have it or you don't.
I have often wondered how much is learned and how much is genetic.
Is it possible to learn wisdom?
Our new Facebook world fascinates me.  This is a whole new life of witticisms, fears and friendships.
Most importantly are the friendships.  Many old ones have become new.  We haven't spoken in 20 years, we have kids, lost parents, lost jobs, lost homes, found happiness, found good fortune, found each other.
This seems especially true for those of us with high school reunions.  For us, it's was the 20th.  I didn't go, a plethora of reasons can be listed, but mainly...like most of the out of towners...it came down to finances.  Transporting a family of five up the western seaboard ain't cheap.
But we have Facebook and we have reunions.
Somewhat out of the blue I got a Facebook message.  Apparently one of my old high school friends married a guy from down here and was soon to visit the in-laws.  She was hoping to get together. 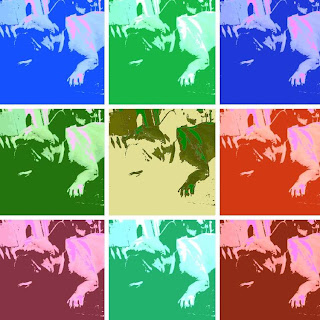 I will admit I was nervous.  First of all, I wasn't exactly a ball of joy as a teenager and am mystified anyone who knew me only then would want to associate with me now.  Secondly, many of my friends would have been considered rough, very rough.  Great people but rough circumstances.  And you don't always make it out.  I had heard rumors, all 18 or 19 years old, that so-and-so was doing this or so-and-so was doing that.  Melissa and I had honestly had no contact for 20 years.  That is a lot of unkown.
The fact is when I left...I really left.  And apparently so had she.
When weighing all the possible answers, one truth occurred over and over to me.  Melissa had been an enormous influence on me.  She had helped me through a rough time more than I think she may ever realize.  They were often just passing words, encourage here, don't do this there, don't do what I did or I think this is a great idea.  And I had genuinely liked Melissa:  she was funny, goofy, adventurous and quiet all at the same time.
You see, at this ripe old age (don't worry I will have a whole new set of theories in another 20 years...)  I have come to believe, wisdom is something you need to be born with, just like any other skill.  Yes, with enough head pounding and wall slamming, some of us may finally get the idea...but others are just born with a grace of thought.  Melissa is one of those. 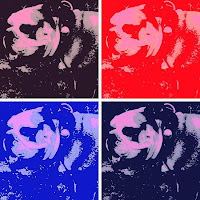 Melissa always had a sense of the profound.  I remember senior year, standing by the lockers chatting.  We were actually talking about how we hated being teenagers and when would this end.  Melissa mentioned how she couldn't talk to her mother without crying.  It might be over a peanut butter sandwich, but she would get upset and the tears would start and that made her more upset...  Another friend mentioned how her hips hurt.  Truly pain.  The bones were growing so fast she had stretch marks.  I remember feeling like a black oil would bubble up in me and take over...and I would get blacker and blacker and turn darker and darker.  I would be even angrier that I could not stop this darkness, I didn't want it or want to feel it.
And there were decisions.  Too many decisions.  Too many mistakes.  The greatest blessing I had in my friends is that they had the wisdom to recognize mistakes.  I know many adults who can't admit what they did was not the right choice.  We justify.  Relativism is the quagmire that is choking our country, our culture and our morals.  But my friends didn't.  I remember a very particular time when Melissa looked me right in the eye and in this case said "you don't want to do what I did" and stopped me cold.  It was a passing moment, but it later came to affect the rest of my life.  I appreciated her then...but now I know what courage and wisdom it took for her say that and know that.
So the next 20 years were spent bumbling through my life, but I often remembered the support my high school friends gave me, the lessons they taught me. 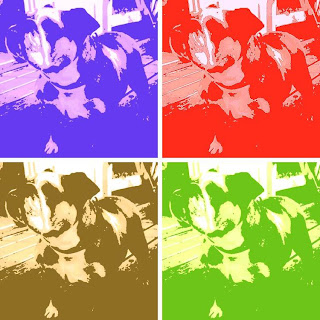 Then a Facebook message popped up.  Through the funky new world of social networking and text messaging an old school friendship was renewed.
Melissa came out for the day.  Our daughters played like fiends. As usual I talked too much and didn't ask enough about her last 20 years.  It was  genuinely a wonderful day.  She is witty, funny, sardonic, profound, wise.  She was always the most grounded of us all.
The best part was I was reminded why I always liked Melissa so much.
(These are Melissa's 'nephews':  The English Bulldog is Delaware and the French Bulldog is Pop Secret--yep seeing some of that family sense of humor...I know there is a story there somewhere...will need to pester Melissa the next time she is in town!  This is the fun website that converted the pictures: Andy Warhol Pop Art Posters .  The moment I saw the close up of Delaware I knew I had to find a way to Andy Warhol it!  Some opportunities are too blatant!  Here are the original pictures:) 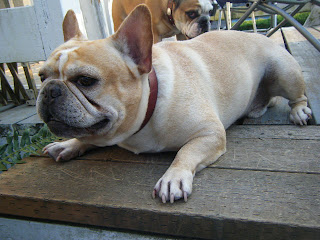 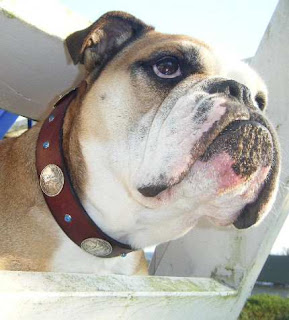 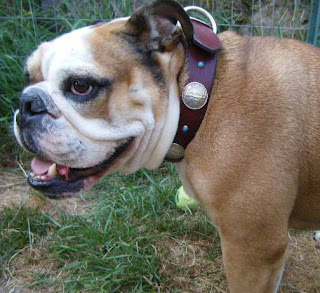 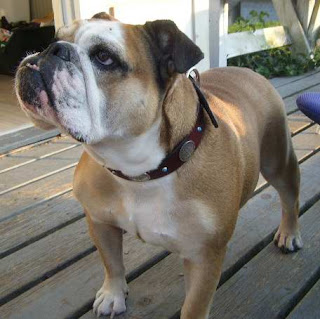