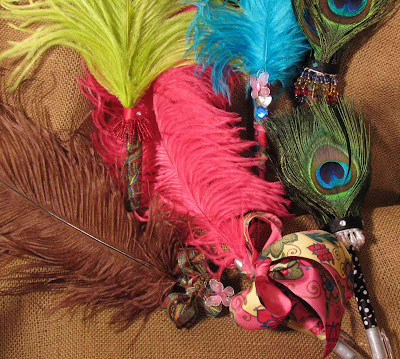 Wednesday evening I was forced to take a break from the monotonous work of entering collars into etsy, attempting to learn what "buttons" even are and what is html code anyway?  A sub lingual group of Klingon?

Yesterday was the end of the school year for us here is Arizona.  The summer heat puts us on little bit different schedule (I have always thought the sunbelt states really should go opposite:  the big break in winter when the weather is great.  Summer is when the cabin fever epidemic hits here.)  I wanted to throw this out there since I know most out there are still a couple weeks from the end...and I am really proud of how things turned out!

It was time for the kids to make their end of the year gifts.  Of course there are kid projects of all different levels.  As usual, I like to make things that are useful.  Since there are always limitations when it comes to construction for the kids, I like for the kids do the planning and design as much as possible...(when possible...as in I actually start before midnight the night before...cough cough...).  This year we did fancy pens for the teachers.  The girls went to Hobby Lobby and chose everything out themselves: feathers, matching ribbon and of course the silver and gold pens were the bomb!  It is great way to see their developing aesthetics! 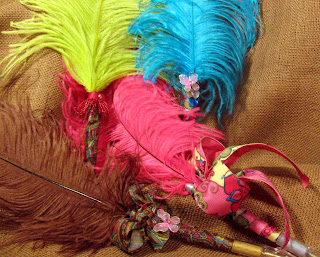 It is a great hands on project that the kids can do with you every step.  My five year old slowly and tediously wrapped each pen with me (she had four to do), reminding me each time to add the feather (I kept forgetting).  She wanted each pen different so the teachers could choose. 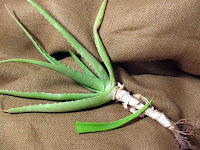 On the third pen she thought of a way to wrap more quickly, and it worked...too well.  We wrapped so quickly that the hot glue caught her baby finger tip.  She cried out, ran and got an ice cube for her finger and climbed back into the chair and continued by dictating to me how to finish the pen, choosing the location of each stone and butterfly.  With that pen done, I checked her finger.  I felt TERRIBLE.  I had no clue how bad her little tip had burned from the glue. She was so tough and determined to finish her project, I didn't imagine that there was a burn blister there.  I made an ice bath for the injured finger, called my husband who was visiting at his brother's to cut some aloe and bring it home (in a landscaping rage I had pulled all of ours out...it grows like a weed here and if it gets water it will take over the yard...and was) ...and continued.  My little general gave explicit instructions on how to finish the pen while I was simply manual labor.

Then came the eight year old.  While working on the other pens, my 2 year old was playing quietly and happily beside the table...with the remaining feathers in the dog water.  Sigh.  So I pulled out replacement supplies from a work room that is the bane of my husbands existence.  You see I have an affliction...I hoard craft supplies...but you never know when a two year old will steal your ostrich feathers and swirl them in the dog water...this was just the emergency one must be prepared for!  So out came the box... 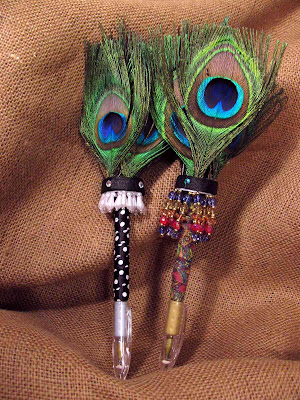 My older daughter also gave shopping bags / purses she had proudly designed for me to sew. 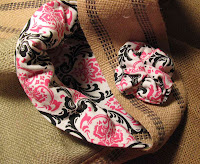 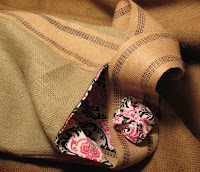 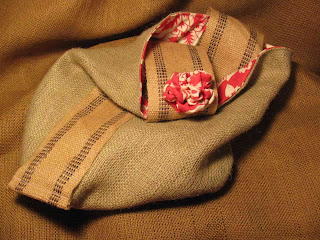 In the end it wasn't quite the budget saving project I had hoped.  $6 in ruined ostrich feathers, $10 a yard peacock trim,  swarovsky crystals...but...

It was a success.  The girls had gifts they had designed and constructed themselves and were proud to give.

And a PS.  I was not the creator of this, only the manual labor, but I thought it was such a great idea I wanted to throw it out there too.  One of the other moms at the pre-school bought aprons and fabric that represented each teacher.  She put names on each, had me sew pockets on, and then had the all the kids sneakily sign the aprons.  They turned out so cute and meaningful.

PPS.  The pens were not my original idea.  I had bought a couple of a similar concept at an art fair for prizes for the girls.  Sadly, the stationary store I bought them from did not survive the economic collapse here.  Support your downtown.
Posted by Big Bad Collars at 10:40 AM